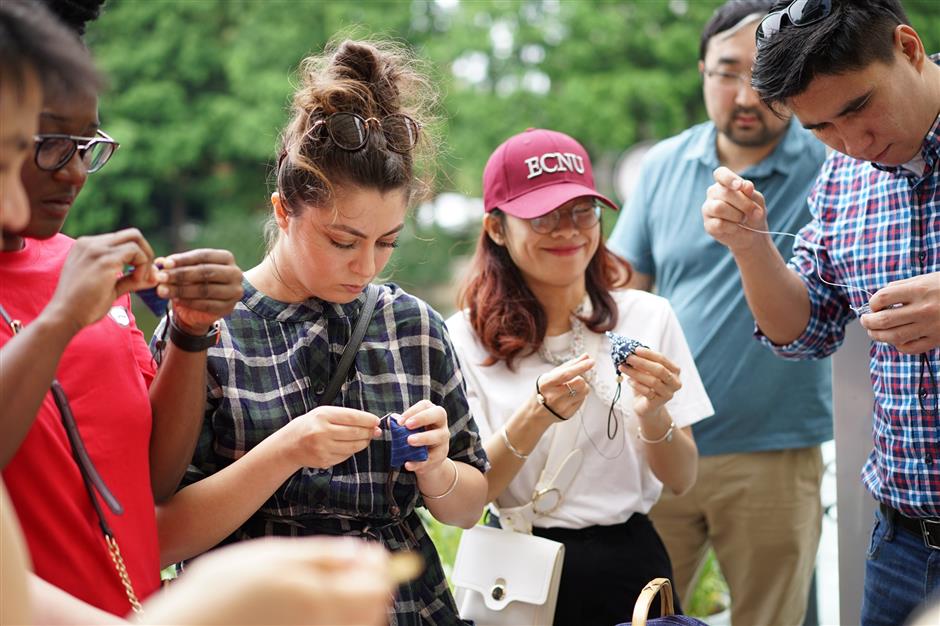 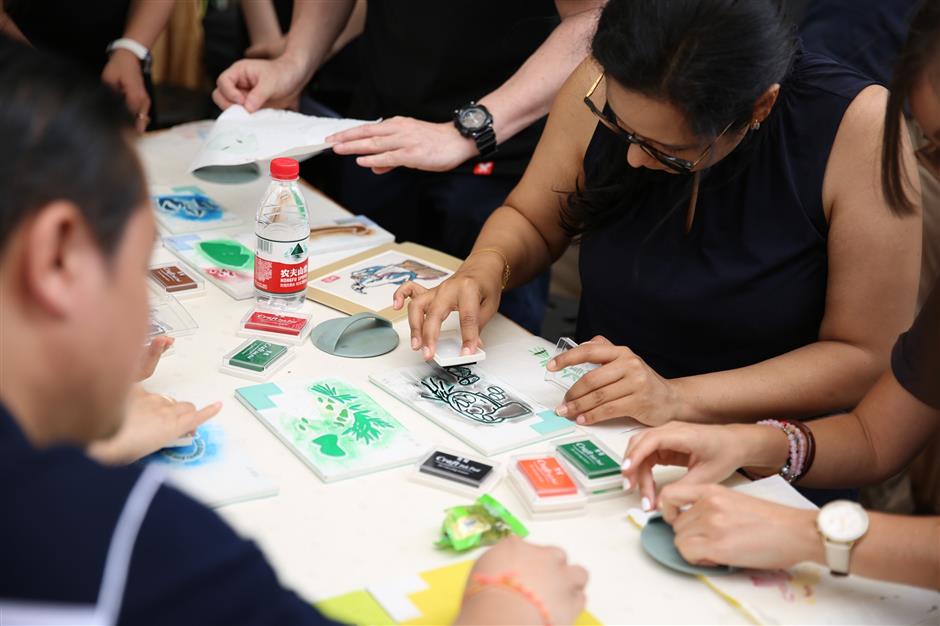 The art of making prints 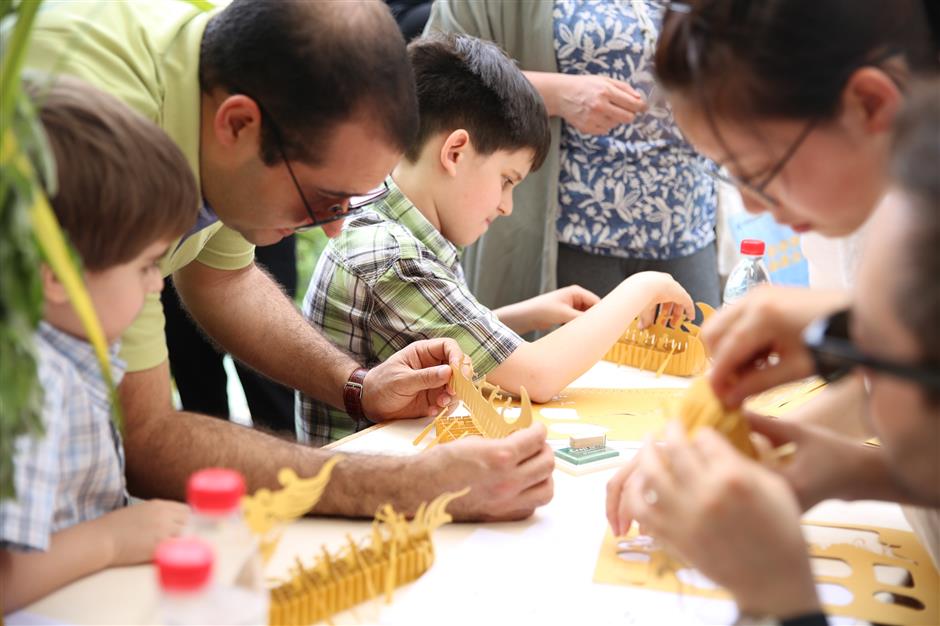 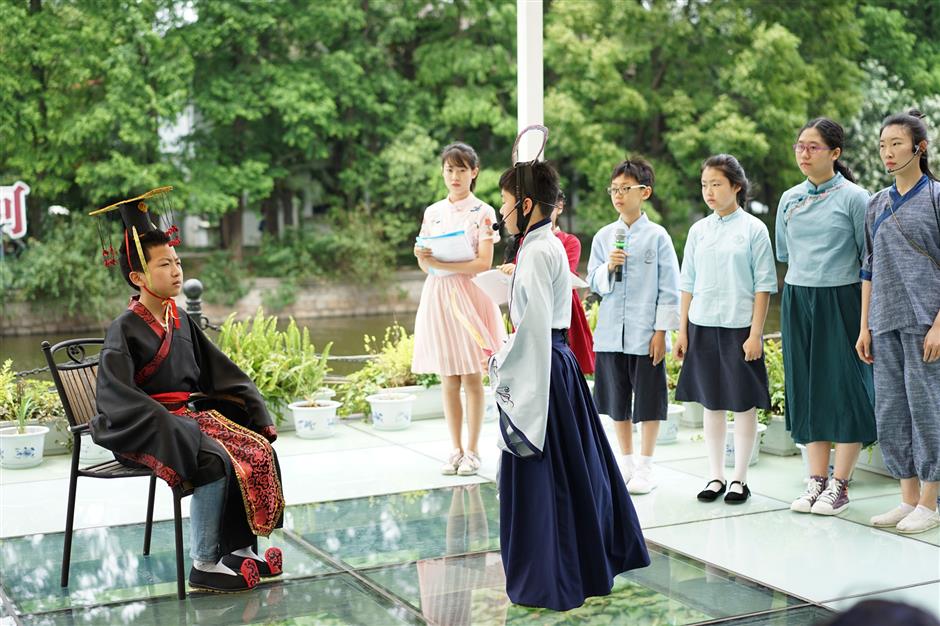 The Dragon Boat story in performed

Officials from the consulates general in Shanghai of 20 countries on Saturday experienced the culture and folk customs of the upcoming Chinese Dragon Boat Festival at the East China Normal University.

They learned the origin and history of the festival - which this year falls on Friday, June 7 - and enjoyed short plays by students of the Pujiang Academy telling the story of Qu Yuan, a great Chinese patriotic poet from the Warring States Period (475-221 BC) who drowned himself after his motherland was invaded. The festival's origins lie in commemorating Qu.

The diplomatic guests made sachets, a tradition of the festival to repel bugs such as mosquitos, and made prints with patterns related with the festival such aszongzi(glutinous rice dumplings), Qu and mugworts.

During the festival, people hang mugwort and calamus on their doors to ward off evil spirits as well as the bugs that appear in early summer.

They diplomats also made paper dragon boats, and sipped tea and enjoyed deliciouszongzi.

It is very interesting to learn about Chinese culture as I didn't know before what the Dragon Boat Festival was about and why you eatzongzi, said Eli Elisabeth, consul of the Consulate General of Austria in Shanghai, who has been in the city for just seven months. Now, I know it and I likezongzi, which I ate for breakfast. It is delicious.

This is the first Dragon Boat Festival for Turkish consul Ahmet Denk.

China has a very rich culture and I am quite happy to be here, he said.

The event was part of the Shanghai Summer School: Diplomats’ Program.

More than 400 officials from 60-plus consulates general in Shanghai participated in the program, which is in its 9th year.

A variety of events such as lectures, and cultural activities such as seal carving, tea ceremonies, calligraphy, Chinese folk music, painting, and tai chi are hosted under the program.